She's alone in enemy territory and there's only room for one top predator in Pangaea. Who is destined to become Queen of the Cretaceous? If you so much as think it'll be anyone else, you'll be on her list...

Entry for SFASX (Search for a Star) 2020 . Unfortunately I was unable to get this fully working in Unreal 4 despite spending more than an adequate amount of potential animation time on it, so I am providing playblasts of what it would have looked like, to be updated another time.

I started off researching what game-ready rigs/ what types of characters are available online whilst brainstorming what style of animation they would best suit, as my strengths lie in animation and so the best use of my focus is there. I considered the Paragon assets released by Epic but was not able to find out if they came with rigs (and I had been hoping to use the mounts so Mixamo was less of a solution than it might have been), so I moved to Keil Figgins’ website, avoiding those used previously in the competition to allow everyone their individuality. Finally I discovered Truong (gumroad), who’s rigs I have used before and are generally of great quality, has also collaborated to create a Maya tool that converts his rigs for use in game engines. From there I decided to use a dinosaur as I am quite partial to some creature animation! I chose the raptor, as they are flexible and of a good size for quick, responsive movements, useful for the attack. I will set the scale to be roughly that of the Velociraptors in the Jurassic Park franchise, although I acknowledge in reality they were the size of turkeys and similarly, feathered.

This has definitely been an interesting learning curve and a challenge to complete, creating more complex states that work well together than I have attempted before (i.e the first time I have animated an attack) and in under a week. I have on the most part done more feature style animation up till this point so trying to create appeal from all angles is something I have known about but not fully appreciated the complexities of. Furthermore when freelancing run/walk cycles for peer groups I had never needed to put the animations into engine, as the core team handled everything past fbx export, so this too has been new.

The animations themselves could benefit from more time spent and improvement following critique, though I am content with what I achieved in the time I gave myself. I wish to improve upon incorporating better anticipation into 5 frames such as Smash Bros, having all poses look equally as appealing from all angles and more accurately sell the weight of the character paarticularly at the end of the sequence. Finally, a higher level of polish.

I am keen to practice a wider variety of creatures in the future building upon what I have learnt in this challenge! I wish all the contestants the best and to all reading this, an ever so slightly belated Happy New Year of the Rat! (edited 26 Jan 2020) 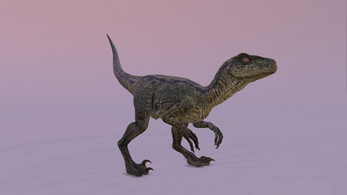 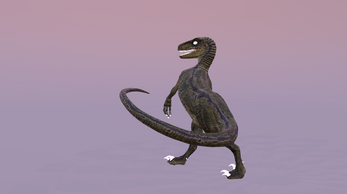 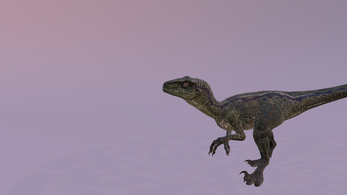 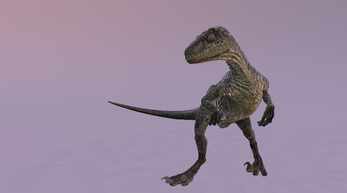